Why Love Hurts – and how to move into healing 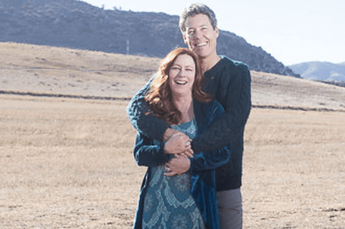 Have you ever noticed that you have attracted romantic partners who remind you of someone in your family? Maybe your mom, dad or a sibling? The resemblance to a family member can be subtle, or not! Here is an example for me. My husband Mark is nothing like my father, so I thought I had dodged the bullet on that one. However, there are times when Mark presses my buttons exactly the way my mom or my sister did. Hmmm. Is this by design? The theory of Transformative Loving would say yes.

So, I chose someone who has a familiar way of being and loving. Sometimes this way of loving is beautiful and warm and sometimes it is familiar in a painful way. This is when love hurts. Loving can hurt when our partner touches on old places of hurt and unhealed wounds. Yet, because this wounding happened in relationship, (originally with our families), the opportunity is for healing to also occur in relationship, with our beloveds.

In essence, we choose partners who trigger some dynamic that has been unresolved in our families so that we can heal that dynamic. Our partner is enough like that person (mom, dad, sibling) to trigger the pattern in us, yet enough UNLIKE that person, that there is hope of healing and doing something differently this time. This is part of the process of Transformative Loving – to heal beyond the original wound. Of course, when this is happening for both partners at the same time, it can be intense. “You’re angry just like my mom!” “Yeah, well you take up all the space in a room just like my sister!” A hypothetical example of course!

In order to move from a repetitive cycle of hurt and conflict, (what Hal and Sidra Stone would call “negative bonding patterns”), a few things are required.

While this may sound simple, it is not easy in the moment. The vulnerability sometimes has to come later, after the heat of the moment. It is important to revisit the breakdown to find out what is really going on, and address the underlying needs.

Here is an example. Mark and I both have extraverted tendencies around sharing ideas and sometimes blurting things out. Last night, while he was checking messages on his phone, I started talking about some tasks we needed to get done for a gathering we were having over the weekend. He said, “uh huh,” and kept looking at his phone. I felt myself get irritated. An old family pattern was getting stirred where I experienced not being heard and that what I had to say wasn’t important. In that moment, Mark was representing my whole family system!

So, I said, “Mark, we’ve had this conversation before. You know I have a wound around not being heard. When you are busy and can’t hear me, can you say something like, give me just a minute so I can finish what I’m doing?” Now Mark had a few choices with his response. He could have gotten defensive, attacked me, ignored me or responded by hearing me and addressing my concern. Although he initially got a little defensive, thankfully he chose the last option. What ensued was a heartfelt, vulnerable conversation about how difficult it was for him to set boundaries in relationships. This was a pattern he has carried since he was the peacemaker in his family at an early age. To him, setting boundaries and asking for what he needs means conflict and pain.

Even though this dynamic was familiar in our relationship, and we had discussed it before, we were able to go to a deeper level around what was happening for both of us because we dropped into a deeper space of vulnerability and compassionate listening. This led to a feeling of compassion and greater intimacy. As a bonus, it just so happened that he had a difficult conversation with one of his daughters the next day where he had to set a boundary. He was happy to report that he felt like he had had a breakthrough! It was easier for him to set the boundary because of our conversation and the work we had done together.

This is an everyday example of Transformative Loving. Partnership CAN be a pathway to personal healing and greater self-awareness. We just have to be willing to be vulnerable and make the time and space to hold that healing role for each other.
In our workshops and private retreats, we walk through this process of looking at negative bonding patterns and transforming painful dynamics into healing ones. Please contact us for more information.